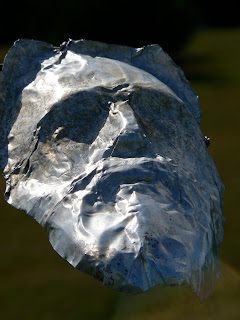 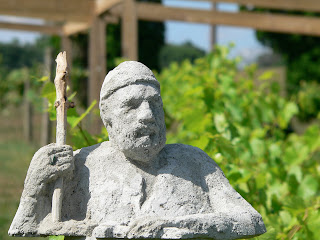 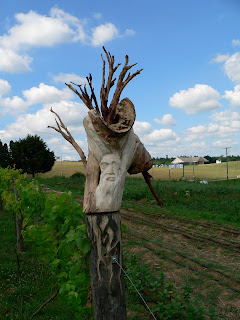 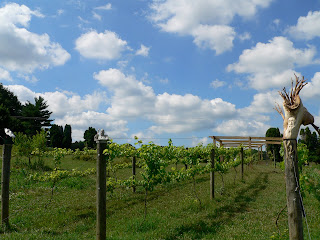 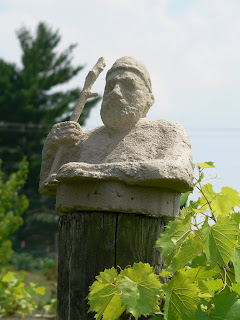 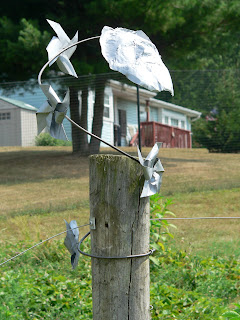 Just got back from a 2 week Artist Residency at Kayam Farm. The experience was overwhelming; Kayam farm is a progressive thinking organic farm making strong efforts to bridge Jewish faith with sustainable agriculture. When I was contacted by the farm manager, Jakir Manela, a friend of a mutual friend, I didn't really know what I was getting into. I thought it would be a good way to gain more perspective on my own 'half-jewishness,' and also a way to make artwork for 2 weeks without having to worry about making money. As soon as I arrived, there was a lot of action; between meeting the farming staff, getting orientated with Kosher style living, Kosher Vegetarian style living... and being surrounded by Conservative, Reform, Reconstructionist, and Orthodox Jews and Rabbis coming to the Farm and larger Pearlstone Retreat center to study, I was immersed in a cultural experience. There were ecology lessons taught on site in the woods, tai chi at 6:30 in the morning, harvesting and farming throughout the day, and close readings of Jewish texts in small groups, known as Kollel. I attended 4 classes while I was there, and it was wild. We spent 2 and half hours just talking about which type of bread receives a blessing first. Hard to imagine, but if you were living a life where you wanted to say thanks in the most special way you could, and do it consistently with clarity, then you enter a discussion that has existed for centuries. I don't say a blessing when I eat, but I am grateful. It was painstakingly interesting exploring ideas, which may not have relevance for me, but I can appreciate for the care taken by those who created them and maintain them. I really don't know...

Above is the artwork I created though. Three sculptures in materials that I have very little to no experience working with. Cement, Metal, and log carving. Carving out that head and tree trunk into the wood was so intense that I had to go to the dentist. I thought my wisdom teeth were coming in, or that I had a gum disease or something... but it turned out I was clenching my teeth so much while chiseling, that I strained my whole TMJ. (tempromandibular Joint=Jaw Joint). I could barely open my mouth to eat food, and it still hurts. I know you're all shedding a tear for me.

You have three sculptures, "Abraham" (cement), "Jacob" (Maple log with Cherry tree roots), and "Issac" (Metal). These sculptures were commissioned by Jakir, the Farm Manager of Kayam, and are installed on the posts of the "Patriarch Garden," which is a vineyard consisting of three different types of grapes. I think Jakir had been mulling over the idea for while, and when I showed him an image of a sculpture head I did, he asked me to make some drawings for the Patriarch portrait sculptures. An idea that, with the little Jewish background I have, I knew might be controversial in the context of a religion, which grew out of an opposition to idolatry. Never the less, the sculptures are made and I think everybody likes/is curious about them.

I had fun making them, minus the dentist bill.

If you read all this, thanks.